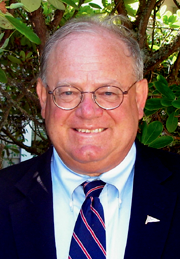 Chris has been exclusively representing injured individuals since graduating from the University of Denver with his law degree in 1977. Prior to attending law school he received his BSBA, cum laude, in 1974 and was awarded his Masters in Business in 1977, both from the University of Denver. After becoming licensed in Colorado, he relocated to Spokane where he served as Assistant Attorney General in the Labor and Industries Division. Chris relocated to Seattle in 1979 and has been in private practice since that time. He has served as Chair of the Joint Medical-Legal Committee of the King County Medical Society and the King County Bar Association; Chair of the Medical Negligence Section and Board member of the Washington State Trial Lawyers Association. He has handled hundreds of medical negligence and serious injury claims to settlement and verdict along with significant court appellate decisions.

Chris has been elected as a Diplomat of the American College of Trial Lawyers and an Associate of the American Board of Trial Advocacy. His professional honors include a listing in Who’s Who, a recognition by his peers with an AV rating in Martindale-Hubbell and long-time selection as a “Super Lawyer” by Washington Law and Politics.