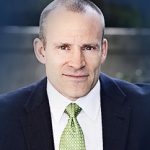 For twenty years Todd Tinker has been representing injured people. Since his admission to the bar in 1996, Todd’s practice has focused on serious personal injury, products liability, and medical malpractice.

Todd believes in serving his community and is active in several non-profit organizations. He is the former President of Kitsap Cancer Services, a local non-profit organization dedicated to supporting patients, family members, friends, and caregivers in their fight against the emotional and physical effects of coping with cancer.  Today he is the President of the Board of Trustees of Montessori Country School, and has accepted an invitation to serve on the board of One Call For All. Todd just completed his term as President of the Rotary Club of Bainbridge Island where he also chairs the Scholarship Committee and is Manager of the Furniture Department at the annual Bainbridge Island Rotary Auction & Rummage Sale, one of the largest one-day, non-profit rummage sales in the country.  In 2015, the Auction & Rummage Sale grossed more than $480,000.